New Delhi: The Ministry of External Affairs on Friday announced that IFS officer Neeta Bhushan has been concurrently appointed as the next High Commissioner of India to the Cook Islands. She will be based in Wellington.

Bhushan is currently serving as the Indian High Commissioner to New Zealand. She is expected to take up her new assignment soon, the MEA said.

Bhushan, a 1994 batch officer, was appointed as the Indian envoy to New Zealand, barely a couple of months back in September. She took over from Muktesh Pardeshi, who was promoted to the rank of secretary in the External Affairs Ministry at about the same time and was tasked with looking after India’s G-20 Secretariat.

Who is Neeta Bhushan?

Neeta Bhushan joined the Indian Foreign Service in 1994. As a career diplomat, she has served in several countries including Japan, Bangladesh, Germany and UAE (as the Deputy Chief of Mission in Abu Dhabi). Her last assignment abroad was as Consul General of India in Chicago where she was in-charge of ten States in the US mid-west region.

She has also worked as director in the Department of Economic Affairs, Ministry of Finance and as joint secretary (parliament & coordination) in the Ministry of External Affairs earlier.

A graduate from Delhi University’s Hindu College, she did a stint at the National Defence College as Faculty from the Foreign Service. Since April 2020, she has been Joint Secretary / Additional Secretary looking after bilateral relations with 30 countries in Central Europe. She also has an M.Phil. Degree from Madras University.

Know how to improve your gut health: Follow these simple ways

Anand Mahindra feels not even Gujarat can beat Mumbai’s...

PM Modi has resolved to make India free from tuberculosis... Listing descriptions generated by ChatGPT have been catching the attention of real... 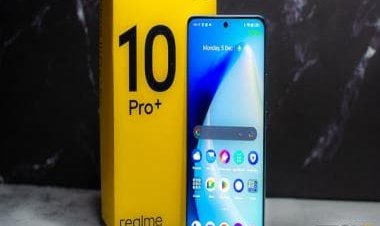 EXCLUSIVE | Author Nandini Das: Wasn't sure what to expect...

EXCLUSIVE | Author Nandini Das: Wasn't sure what to expect when I first attended...