SpaceX moved an inch closer to an orbital launch attempt of its Super Heavy first stage and its Starship upper stage rockets. The Elon-Musk-owned space organisation test-fired its super Heavy rockets for about 12 seconds, making it the longest duration for which the massive booster has been fired. The test consisted of igniting at least 11 of the 33 Raptor rocket engines, that constituted the booster. Earlier this month, SpaceX fired 14 Raptor engines on this booster for a few seconds, which set the record for the most number of rockets fired for this test. Although the attempt this week did not set any new records, it was monumental for its duration, as it proved that the booster rockets can handle load for a sufficient period of time. The latest firing is the longest period of time that so many Raptor engines have been fired at once.

The next step for Musk and his team is to fire a smaller set of rockets from the Super Heavy’s engines for about 20 seconds.

In all likelihood, SpaceX still has a couple of key tests to complete before the combined Super Heavy rocket and Starship upper stage are launched from the company’s Starbase facility in South Texas. It is anticipated that SpaceX will conduct at least a short-duration test firing of all 33 Raptor engines simultaneously to gain confidence in the totality of the complex plumbing to fuel and pressurize the rocket’s propulsion system. Then the Starship upper stage will be stacked on top of Super Heavy, and the combined vehicles must complete a wet dress rehearsal.

After completing all of its technical preparations, SpaceX must also obtain a launch license from the Federal Aviation Administration, which is in progress but has yet to be completed. While it remains theoretically possible that Starship will make its orbital launch attempt in December, there is an increasing likelihood that the test flight will slip into the early part of 2023.

What must have come as a pleasant surprise for SpaceX is that during the extremely risky test, none of the Raptor rockets malfunctioned, nor were there any major failures. Given SpaceX’s history with Falcon rockets and just risky any experiment with rockets are, this is a major succes for the SpaceX team.

Leaked data of Indian users available on bot markets for...

How to use Google Chrome's built-in screenshot tool; Check... 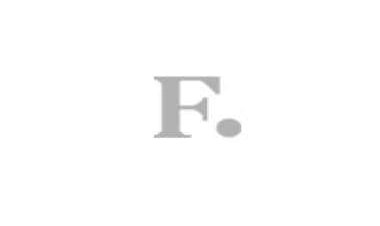 It may not stop the War of the Machines, but the new tool will help educators grade...